IF THERE AINT NO SNOW: TOP 10 RAMONES WINTER SKETCHES--List #9 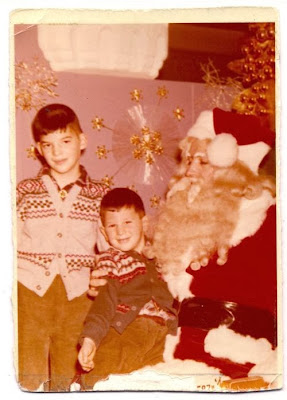 Wintertime in NYC is a confounding cauldron of clashing extremes, and this is reflected in the music of the RAMONES. On one hand, a dazzling postcard of ice capades noir where Breugel meets Gotham amongst skyscapers surrounded by gently swirling snowflakes; on the other, a brutal, unforgiving storm terrain of sub-freezing suffering-- where the menace to the insufficiently sheltered is potentially lethal. (Perhaps even JOEY must be counted amongst those who have fallen prey to the season's --sometimes, subtle-- dangers.) The RAMONES felt it all, and their depictions of Yuletide, year-end flavors transformed into a discernible arc over time, as the culminating decades brought even their sick, outsider humor to a gradual acceptance of shivering sentimentality. In sequential order, here's the band's snowiest ruminations...


1. SWALLOW MY PRIDE
Early on, the late season is used primarily only as a marker of time, but the tinge of chilly disillusionment is already tangible-- and will only become more prominent as the years pile up.

2. WE'RE A HAPPY FAMILY
The initial extreme of the RAMONES' abberant seasonal ambivalence, this track underlines the deviantly criminal familial disintegration with the obvious unlikelihood of December correspondence.

3. I WANTED EVERYTHING
The embittered childhood verse lumps Xmas morning disappointment with other religious holiday derision, sideswiping Easter as well.

4. DANNY SAYS
This unforgettable snapshot of touring downtime finds our protagonist thwarted from a surfboard excursion by ludicrously low seaside temperatures. But even at minus 20, the absence of snowfall only triggers longing for the wintry tableaux of their familiar New York turf.

5. THE KKK TOOK MY BABY AWAY
JOEY's winter of discontent kicks off as his sweetheart's extended west coast trip for the holidays is tragically interrupted. If one is willing to accept the behind the scenes love triangle subtext, this track makes an interestingly angry bookmark to the later, matured detente of MERRY XMAS (I DON'T WANNA FIGHT TONIGHT) (see below).

THE KKK TOOK MY BABY AWAY

6. MY MY KIND OF A GIRL
In the Wonderland of his romantic reminiscence, an older JOEY completes the swing to correlating the colder climates to his yearning nostalgia.

MY MY KIND OF A GIRL

7. HOWLING AT THE MOON
Outside of rose coloured recollection, the present reality is delineated plainly in this track's middle eight, as wintertime's despair finds an antidote only in the joyous triumph of summer's celebration.

8. I'M NOT AFRAID OF LIFE/ PLANET EARTH 1988
TOO TOUGH TO DIE's pair of apocalyptic downers both bear biting, world weary wintry realism. And if a lack of childhood holiday celebrations seems a bit pat compared to PLANET EARTH 1988's other enumerated dystopian anxieties, I'M NOT AFRAID OF LIFE features an unforgettable image of a mentally ill transient shaking against the freezing elements. The lyric then questions how the aged are ostracized, and with the only marginally successful RAMONES looking back at an ever growing number of winters, it's impossible to not imagine them singing this line self-reflectively.


I'M NOT AFRAID OF LIFE

9. MERRY XMAS (I DON'T WANT TO FIGHT TONIGHT)
The christmastime contempt of WE'RE A HAPPY FAMILY comes full circle as the RAMONES deliver a unapologetic, straightfaced seasonal singalong. If its poorly timed appearance was not quite as clumsy as ROCKAWAY BEACH's odd November release, it certainly did not help its fortunes. The irony-free detail of the verses' Santa clauses is perhaps less interesting than the ceasefire between JOEY & JOHNNY it sideways suggests, and with the departure of DEEDEE, the reappearance of MARKY, and the recruitment of CJ, this song establishes an uneasy truce which the band would adhere to until the end.

10. CHRISTMAS (BABY PLEASE COME HOME)
No longer held in check by the RAMONES format once they disbanded, JOEY released a solo single unabashedly covering the DARLENE LOVE classic CHRISTMAS (BABY PLEASE COME HOME), which originally appeared on PHIL SPECTOR's 1963 various artists production A CHRISTMAS GIFT FOR YOU. (A decade and a half later he would commence work on THE RAMONES'  END OF THE CENTURY lp.) JOEY's performance is predictably heartfelt and charming.

Posted by BuncombeShinola at 12:12 PM