I WANNA BE WELL-- Rocket to Russia 10 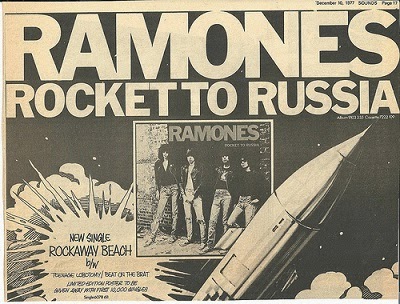 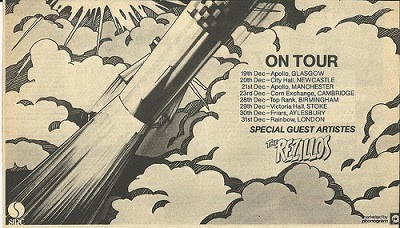 
Perhaps for the first time finding the band flirting with the very edge of self parody, I WANNA BE WELL avoids taking the full plunge by unexpectedly excelling in the overachieving cohesion of its humble attributes. Applying already well-worn changes and lyrical subject matter, the song manages an easy, perfect charm which carries it above what is practically throwaway album filler by design.

A far superior application of the bratty, childish approach appearing on the earlier WHAT'S YOUR GAME, I WANNA BE WELL not only alludes to the familial turmoil which is at the core of ROCKET TO RUSSIA's side 1 closer WE'RE A HAPPY FAMILY, but also to the substance abuse detailed in TEENAGE LOBOTOMY. (Interestingly, aside from the CD named ACID EATERS, this is the sole specific reference to the psychedelic LSD on any of the RAMONES' releases.) The aggressively primitive lyric is comically intertwined to purposefully sluggish verse and chorus melodies, both of which are almost identically constructed around 1-4-5 in D-- only an intro buildup of the 5 of A and an unpredictable swoop to C for the punchline ("aint it neat?") breaking up the carefully constructed monotony. This pristine match of sound and substance somehow makes the derivations clearly evident from songs not even three tracks away seem immaterial.

A reliable mainstay in the band's live repertoire up until their very last tours,  I WANNA BE WELL displays the beguiling strengths of the RAMONES at their peak, confidently transcending the obviousness of the composition's ingredients, and concocting a nugget of surprising durability and appeal.


I WANNA BE WELL

Posted by BuncombeShinola at 9:51 PM