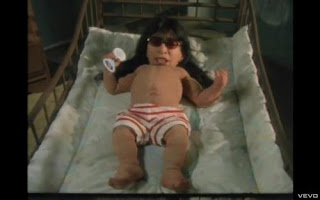 With the RAMONES' debut album wrapped up here, a quick review of the band's early demos might be in order for any of the late arrivals before we press on to the CD bonus tracks and LEAVE HOME.  The first entry on this project covered the recordings the band made before they had been signed:

This piece concludes with a link to a blog I wrote previously elsewhere where all of these tracks could be sampled. Here's a shortcut if you'd like a quick jump to there:

THE RAMONES' OTHER DEBUT ALBUM

Thank you to all of the readers of my efforts thus far, I appreciate your support. Gabba Gabba Hey, kids!


Posted by BuncombeShinola at 5:16 PM